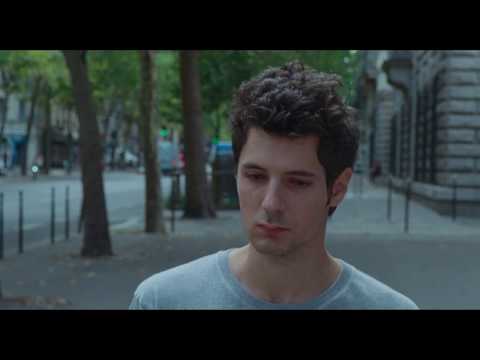 Little Isaure Multrier does a very good role in this sad story. The movie is well done, worthy of view. I would have preferred another ending, something more powerful.

Paris looks lovely for the most part, until the adult intervention. Still valid in 2020, I was in Paris last week and Cops with large guns everywhere. The film shows vividly the young man growing up and learning the value of family and the innocence and resilience of children.

The young girl playing Amanda is just breathtaking, you just can't take your eyes off her and she is truly marvellous and moving.

It will be a few years before she can see the full film, but can be very proud of the work here

Meet thy life. Not a fairy tale, though not from the lowest of the class. Just an ordinary life of ordinary people with ordinary biographies in an ordinary (modern (European)) world. Everyone has to mature (in a better meaning of this word). Either you're a child or a long-grown-up. Introduce values in your life, through painful changes (life is everyone's pain, didn't you know). But, what keeps us people going on, is eternal. Families and generations - that's what we're meant for by Creator Almighty (no matter how you envisage Him). No, this isn't a full-blood drama (and it hasn't be like this, it teaches us humanity even in a simplest basic form (but that's enough)). Though, the ending is, somewhat, crumpled... But, that's not an ending in its usual way. The new life awaits, it's not depicted, it's the future. Go on!

Scritto da Mikhaël Hers e Maud Ameline and directed by Hers, Amanda is a tender and gentle study of the importance of family in the wake of tragedy. Heartfelt and sincere, it shuns traditional filmic methods of eliciting emotion, instead presenting its story in a cinéma vérité style as a series of semi-connected moments taking place over several months, rather than a tightly focused narrative with forward momentum and rising pathos. The pacing certainly won't be for everyone, nor will the absence of much in the way of psychological nuance, and the manner of the presentation does occasionally cross the line from passive observation into inconsequentiality. However, one certainly can't deny Hers's candidness and compassion.

David (Vincent Lacoste) is a young Parisian who works part-time overseeing a letting arrangement for a local landlord and part-time trimming trees for the parks department. Not exactly the most ambitious person on the planet, his life is simple and uneventful, and he's quite happy with that. Estranged from his father, and having only sporadic contact with his English mother, Alison (a cameo by Greta Scacchi), his only real family are his aunt Maud (Marianne Basler), sister Sandrine (Ophélia Kolb), and her seven-year-old daughter Amanda (an exceptional Isaure Multrier). David occasionally babysits for Amanda, and that's about as complicated and exciting as his life gets. Then, on a day like any other, Paris is rocked by a devastating terrorist attack, and David's world is turned upside down.

The attack in the film is a fictional composite of the real November 2015 attacks, and although it's very much the film's defining moment (in a narrative sense), it takes place off-camera; we only ever see the aftermath, and even then we're kept at a distance - no close-ups of victims, no scenes in barely-functioning hospitals, no grieving relatives anxiously waiting for news of their loved ones. Indeed, we never learn anything whatsoever about who's responsible beyond the fact that they're Muslim, nor are we made privy to why they did it, or the impact the attacks have on the city at large. The reason for such omissions is simple - Amanda is in no way, shape, or form a political film. It's an intimate character study dealing with issues such as survivor guilt and the importance of family. But its focus is always on the micro (David and his family) rather than the macro (Paris at large).

In this vein, rather than showing us scenes such as the terrorists preparing, the resultant devastation, the police and/or governmental response, or even the cultural effect of the attack, the film focuses on quiet moments of intimate domesticity - Sandrine explaining to Amanda what the phrase "Elvis has left the building" means, or David and Sandrine discussing Alison. Films built around events such as this are often dishonestly marketed as focusing on the "human stories" behind the headlines, but Amanda feels like one of the very few that could legitimately make that claim - the family story at the centre of the film is very much intended as representational.

Aesthetically, the film is pretty straightforward. Although Hers shoots Paris in a cinéma vérité style, so too does he play up the city's romantic connotations. He doesn't go so far as to recreate the syrupy magical-realist mise en scène from Le fabuleux destin d'Amélie Poulain (2001), but there's definitely a whimsicality on display. So, for example, Sébastien Buchmann's cinematography is bright and wide-open, Caroline Spieth's wardrobe is airy and light, the sun always seems to be shining, people seem to have plenty of time to sit in cafés drinking red wine, everyone appears to commute via bicycle, the roads never seem snared up with traffic, the streets are clean, the parks are vibrant etc. I'm not saying such tropes are in any way inaccurate or divorced from reality, but Hers overdoes it with the 'Frenchness' of the whole thing - all we're missing is someone selling cheese whilst playing the accordion and wearing a garlic necklace. We get it, Paris is a beautiful city. We don't need obvious reminders every eight seconds.

There is one particular scene, however, that's brilliantly staged. Unfortunately, it's the last scene of the film, so I can't say much about why it's so good. What I will say is that it connects back to an earlier scene beautifully, and Hers's shoots not what would seem like the logical focus, but rather keeps the camera locked fairly tightly on Amanda's face - thus the scene is about her reaction to a thing, rather than the thing itself. Multrier, who is exceptional throughout the film, is spellbinding in this moment, moving through a gamut of emotions, which she communicates despite having only five words to speak throughout the entire thing. Never once is it unclear what she's thinking or why she's reacting the way she is; her performance draws us in and we take the emotional journey she takes. It's easily the strongest scene in the film, and without it, Amanda would have been a wholly forgettable experience.

As that might suggest, I have some significant problems with the film even aside from the clichéd visual design. To a certain extent, I admire Hers's refusal to deal with politics when looking at such a hot-button topic, but this refusal throws up a significant problem. The fact that the tragedy at the centre of the film is a terrorist attack is rendered irrelevant by how Hers handles the aftermath - replace the attack with a bad traffic accident, or a plane crash, or a gas explosion, or any other kind of incident that could cost so many lives, and you have pretty much the same movie. The film says nothing about terrorism, so why choose terrorism in the first place? If you want to tell a human story about dealing with tragedy, why do so in relation to such a politically sensitive issue with which you have no intention of engaging? It just seems counterintuitive to me, drawing attention to itself and away from the experiences of the characters.

Tied to this is that Hers doesn't completely ignore politics - there is one scene in which he touches on socio-political reactions to the attack, but it's a strangely written scene that not only feels out of place in the context of the apolitical material elsewhere but which is strangely handled even in and of itself. Walking through a park a few weeks after the attack, David and Amanda see a Muslim couple being harassed by some white people, who are demanding the woman remove her hijab. Amanda asks David to explain what's happening, and he starts talking about why religion is stupid. And then the scene ends. However, this woman isn't being harassed because she's religious - we're not shown scenes of people haranguing wimple-bedecked Catholic nuns - she's being harassed because she's a Muslim. So how does David's esoteric nonsense about why he thinks hell doesn't exist explain to Amanda what she has just seen? Are we supposed to infer that he's simply evading the question? If so, the film gives us no indication of such, and as this is the only moment where religion is explicitly addressed, we're not given any hints from anywhere else. Honestly, it would have been better not to include this scene at all and stick rigidly to the avoidance of politics and religion, as by including it, there's a feeling of evasiveness, of issues raised, only to be immediately and unsatisfactorily dismissed.

Nevertheless, there's a lot to admire in this delicate, tender, and compassionate depiction of grief and trauma. The most memorable moments are the quietest ones - the impact of removing the toothbrush of a deceased loved one, for example, carries an emotional fallout that plays out over several scenes, which is not only relatable and understandable but, for anyone who has had to do something like that, it's wholly accurate. And although the film is, perhaps, too focused on understatement, which some will read as blandness, it remains a heartfelt depiction of the importance of family during times of tragedy.